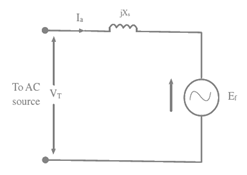 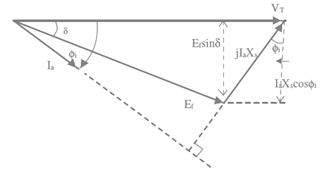 From this phasor diagram, we have,

Multiplying through by VT and rearranging terms we have,

Thus, for a three-phase synchronous motor,