The rotor resistance starting of induction motor is used in the starting of slip –ring motors. In this method, a variable star-connected rheostat is connected in the rotor circuit through slip rings and full voltage is applied to the stator winding as shown in Fig. 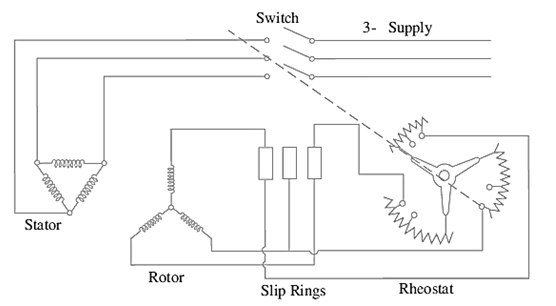 (i) At starting, the handle of rheostat is set in the OFF position so that maximum resistance is placed in each phase of the rotor circuit. This reduces the starting current and at the same time starting torque is increased.