Angle of static friction: Consider the block on the following surface.
The free body diagram is shown. The direction of resultant R measured from the direction of N is specified by tan a=F/N. When the friction force reaches its limiting static value Fmax, the angle a reaches a maximum. 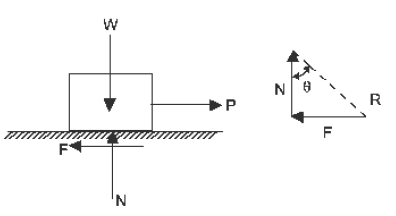 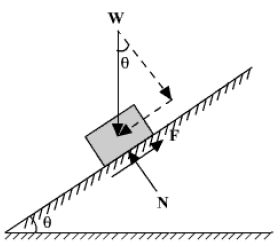 The maximum inclination of the plane on which a body, free from external forces, experiences repose (sleep) is called Angle of Repose.

If N is the value of normal force when motion is impending, frictional force will be μN and hence

Hence, to avoid free sliding, the inclination angle should be less than the friction angle.