Beams: Beams are structural members which offer resistance to bending due to applied loads. The cross- section of beams is much smaller compared to its length. Generally the largest dimension of the cross- section is less than 1/10th of the length. Loads are generally applied normal to the axes of the beams.

Beams supported such that their external support reactions can be calculated by the methods of statics alone are called statically determinate beams. A beam which has more supports than needed to provide equilibrium is statically indeterminate. To determine the support reactions for such a beam, compatibility of deformation is to be considered.

The second beam is a cantilevered beam. Here, the beam is fixed at one end and free at the other end. Fixed support offers vertical and horizontal reactions as well as a moment.

The third beam is an over hanged beam, similar to simply supported beam. Only difference is that right support is not at the end. 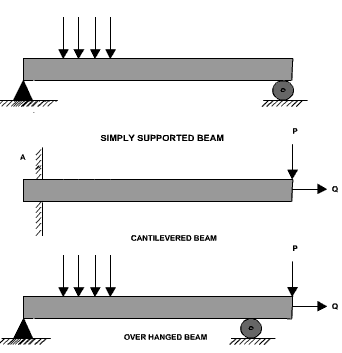 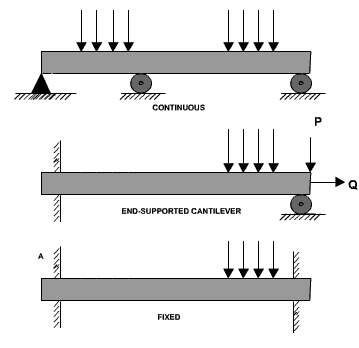