Example on Trusses:
Exercise 1: Shown in figure1are three commonly used trusses on the sides of bridges. Show that all three of them are simple trusses. 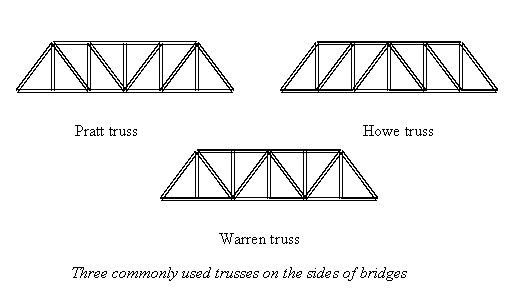 You may ask why we put trusses on bridges. As our later analysis will show they distribute the load over all elements and thereby making the bridge stronger.

We now wish to obtain the forces generated in various arms of a truss when it is loaded externally. This is done under the following assumptions: