Moments and Product of Inertia

Moments and Product of Inertia: 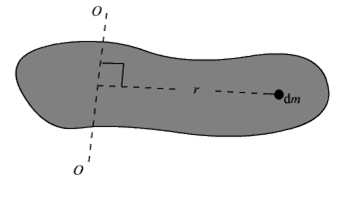 Consider a three dimensional body of mass m as shown. The mass moment of inertia I about the axis O-O is defined as,

where r is the perpendicular distance of the mass element dm from the axis O-O and where the integration is over the entire body. For a given body, the mass moment of inertia is a measure of the distribution of its mass relative to the axis in in question and for that axis is a constant property of the body. In SI units, the units of measurement of inertia are kg-m2 .

Consider the body of density shown below : 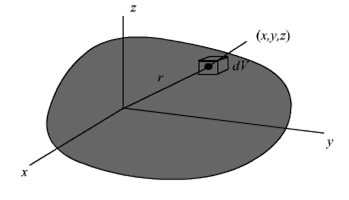 dV is the volume of a infinitesimal volume element.