For the entire curve, this area becomes the surface of revolution given as 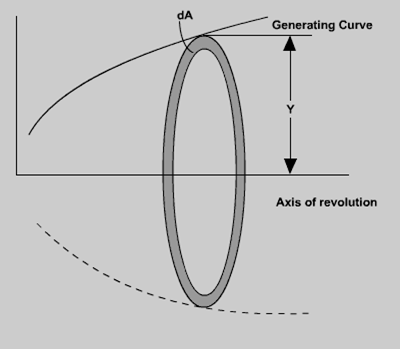 Consider a plane surface A as shown in the figure. The volume generated by revolving dA of this surface about the x-axis is 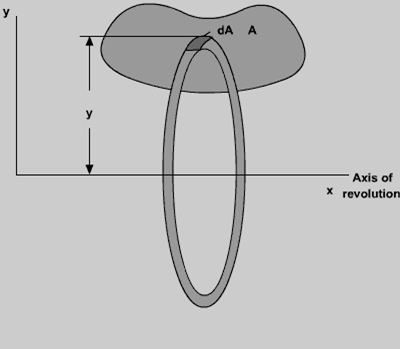 Teh volume of the body of revolution formed from A is then,

This completes the proof of the second theorem

More on Centre of Gravity:

Consider a suspended body as shown. The weights of variuos parts of this body are acting vertically downwards. The only upward force is the force in the string. To satisfy the equilibrium condition, the resultant of the weight W along the line of string. Now, if the orientation is changed and the body is suspended, the line of action must pass through 2-2. The interaction of two lines gives the centre of gravity. 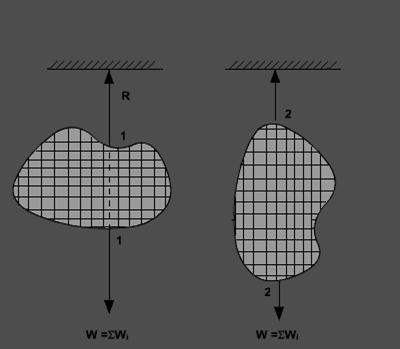