Impulse: The product of force and time is defined as linear impulse of the force. Suppose the resultant force (which may be a function of time t) acts from time t1 to time t2, then is the total impulse of that duration.

Hence the total linear impulse on a particle of mass m equals the corresponding change in the momentum mv. In the component forms

If we plot, the resultant force with respect to time, as shown in the following figure, then 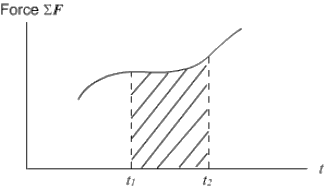 Thus, the total impulse between time t1 and t2 is the area below the resultant force curve from t1 to t2.

angular Impulse and Angular Momentum: The angular momentum M0 of a particle about O is defined as the moment of the linear momentum vector mv about O. Thus 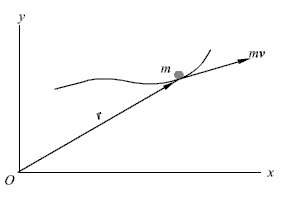 Thus, the moment about the fixed point O of all forces acting on m equals the time rate of change of angular momentum of m about O.

The total angular impulse on m about the fixed point O equals the corresponding change in angular momentum of m about O.