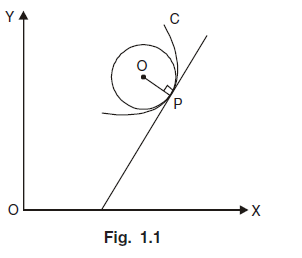 Note : 2. If for an arc of a curve, ψ decreases as s increases, then dψ/ds is negative, i.e., k is negative. But the radius of a circle is non-negative. So to take ρ = 1/|k| = |ds/dψ| some authors regard k also as non-negative i.e., k = |dψ/ds|. The sign of dψ/ds indicates the convexity and concavity of the curve in the neighbourhood of the point. Many authors take ρ = ds/dψ and discard negative sign if computed value is negative.

Radius of Curvature in Cartesian Form:

Suppose the Cartesian equation of the curve C is given by y = f (x) and A be fixed point on it. Let P (x, y) be given point on C such that arc AP = s. Then we know that, 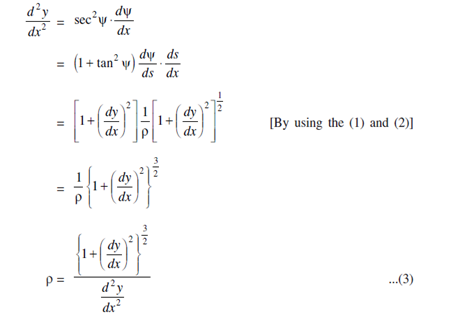