Topology of the Complex Plane

Topology of the Complex Plane: 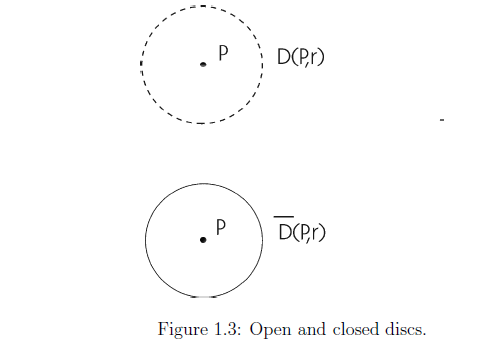 C is open if, for each P

U. Thus an open set is one with the property that each point P of the set is surrounded by neighboring points that are still in the set (that is, the points of distance less than r from P)—see Figure 1.4. Of course the number r will depend on P. As examples, U = {z

E} (the complement of E in C) is open. The set F in the last paragraph is closed. It is not the case that any given set is either open or closed. For example, the set W = {z

E). Refer to Figure 1.7 for these ideas. It is a useful fact that if E

 C is an open set, then E is connected if and only if it is path-connected; this last means that any two points of E can be connected by a continuous path or curve. 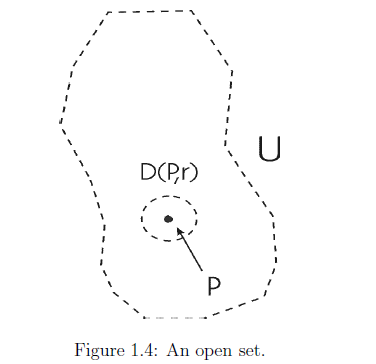 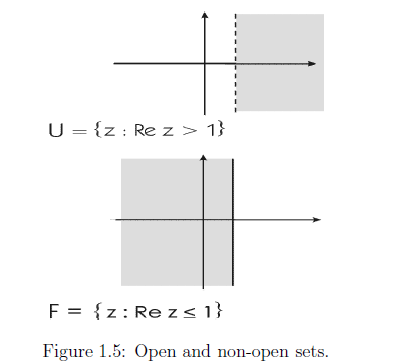