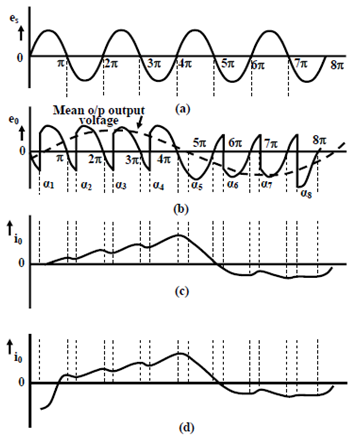 Fig: Input (a) and output (b) voltage, and current (c, d) waveforms for a cyclo-converter with continuous load current.