The important point to be noted is that, recently due to increasing use of power electronic units, utility or electricity supply agencies (boards), have restricted that the power is drawn by the consumers, so as to decrease the harmonic content in the input current, or make it sinusoidal, and at the same time, improved load power factor is achieved. Two schemes –

(a) Passive (filter) circuits and 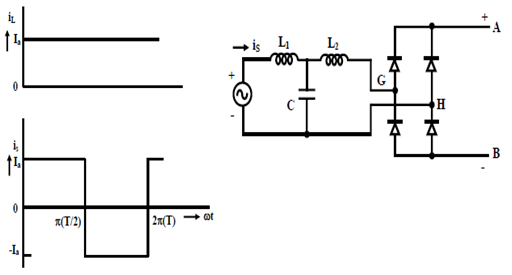