Operation of a three phase uncontrolled bridge rectifier with a capacitive load: 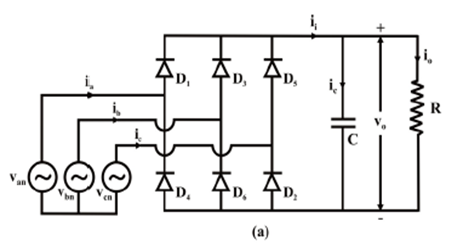 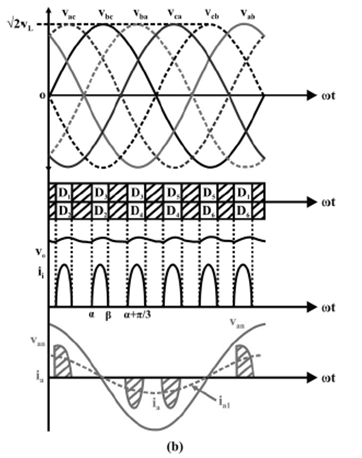 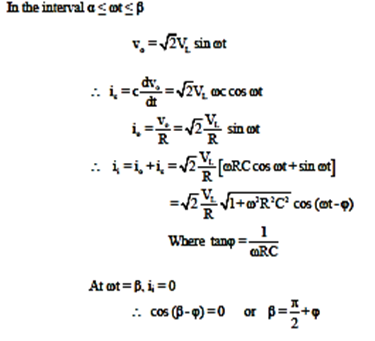