For phase-controlled operation in both single phase full wave half and full controlled bridge converters, the displacement factor (or power factor, which is lagging) decreases, as the average value of output voltage (Vdc) decreases, with the increase in firing angle delay, α. This is also applicable for both three phase half wave and full wave (bridge) converters. The three schemes used for power factor (pf) improvement are: 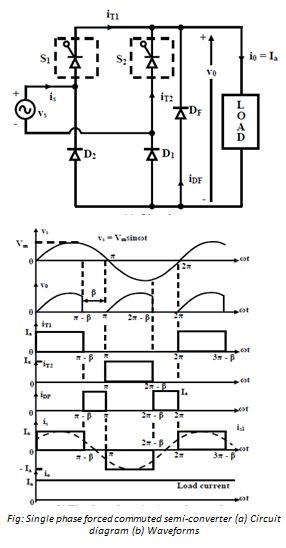