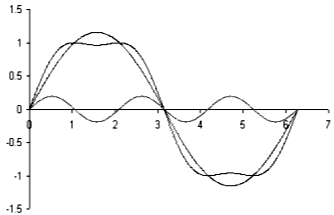 (ii) the carrier frequency is significantly higher than the frequency of modulating signal.