Fatigue: Fatigue is the fracture/failure of a material that is subjected to repeating cyclical loading, or cyclic stresses. There are two factors: the magnitude of the loading and the number of cycles before the material fails. The behavior is different for different materials, so it is customary to show the fatigue behavior of a given material in terms of an S-N curve; here S denotes the stress amplitude, and N denotes the number of cycles before the material fractures. In each cycle, the stress is raised to maximum value in extension, and reversed to the same value in compression. 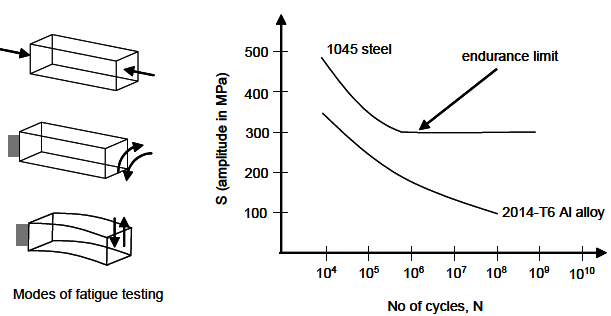 Creep: If a material is kept under a constant load over a long period of time, it undergoes permanent deformation. This phenomenon is seen in many metals and several non-metals. For most materials, creep rate increases with increase in temperature. The phenomenon does not have much direct implication in manufacturing, but has significant use in design of parts that, for example, carry a load permanently during their use.

Failure under impact: Impact is measured by the energy transfer (i.e., in units of work) when a body with inertia collides with a part over a very short time. Examples are the striking of a hammer to break stones, or the shaping of metallic shapes using the drop forging process. Impact strength is measured in terms of the energy transfer from a pendulum strike to break a fixed size sample that has a notch (see figure below). Usually, materials with high impact toughness are those with high ductility and high strength – namely, materials with high toughness. 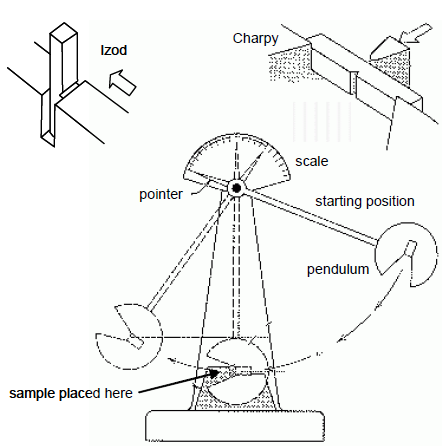 Figure 2. The setup for Charpy and Izod tests for Impact strength