(a) Vertical
(b) Horizontal,     Few commonly used drilling machines are described as under. 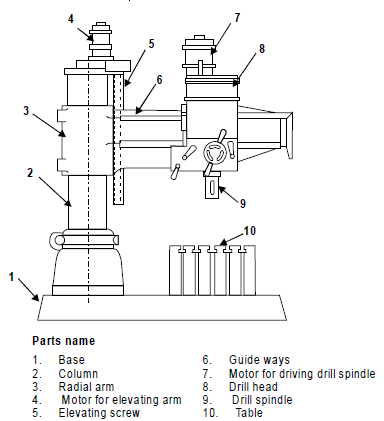