Electronic configurations:
For atoms, we obtained electronic configurations by writing them as 1s2 2s1, 1s2 2s2 2p5 and so on. The principles used in filing the orbitals were the aufbau principle and the Pauli exclusion princilple. For MOs too, similar procedure is used with the labels for MOs being 1, 2 or , , and so on where the subscript indicates the atomic orbitals used in the MO and the integer on the left is the label or the index of the MO. The electronic configurations of the first and second row diatomics are given in Table 1. Also included in the Table are the number of bonding and antibonding electrons in each molecule, the bond order, the binding energy and the bond length. 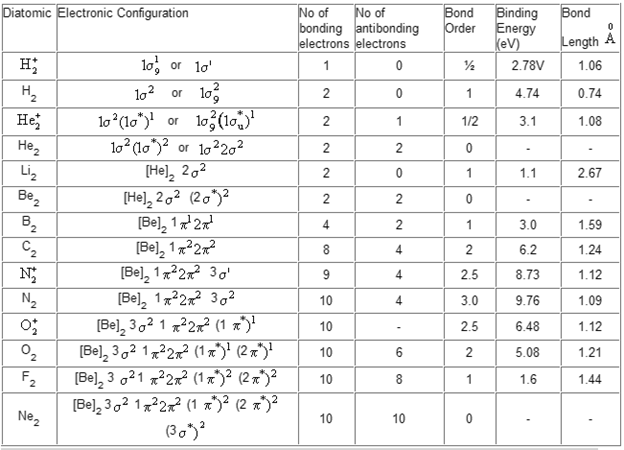 Table 1 The electronic configurations, bond lengths and bond energies of the first and the second row diatomics.

The subscripts g and u are shown only in the first 3 rows. These indicate inversion symmetry of the MO with respect to the center of the molecule. Symmetric with respect to this inversion is represented by subscript g and antisymmetric (wavefunction changes sign when is replaced by ) is represented by u. In heteronuclear diatomics, there is no center of symmetry and hence these subcripts will not appear. Among the and *orbitals in the lower rows, which ones are g and which ones u?

It is seen from the table that the magnitudes of binding energies for single bonds are in the ranges of 1 to 5eV, double bonds around 5 to 7 eV, triple bonds over 7eV. The bond order is a qualitative measures of the number of bonds between the atoms and is defined as (No of bonding electrons – No of antibonding electrons) / 2.