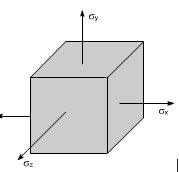 The negative sign indicating that if syand sz are positive i.e. tensile, these they tend to reduce the strain in x direction thus the total linear strain is x direction is given by

i.e. We will have the following relation.

Although we will have a strain in this direction owing to stresses s1& s2 .

Hence the set of equation as described earlier reduces to 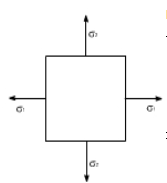 Hence a strain can exist without a stress in that direction 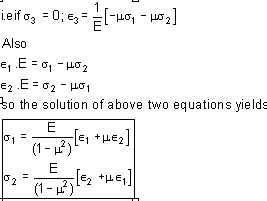