INPUT SIGNALS OF A MECHATRONIC SYSTEM

All inputs to mechatronic systems come from either some form of sensory apparatus or communications from other systems. Transducers, devices that convert energy from one form to another, are often used synonymously with sensors.

Sensors can be divided into two general classifications, active or passive.

Active sensorsemit a signal in order to estimate an attribute of the environment or device being measured.  Passive sensors do not.

A military example of this difference would be a strike aircraft “painting” a target using either active laser radar (LADAR) or a passive forward looking infrared (FLIR) sensor.

As stated in the Introduction section, the output of a sensor is usually an analog signal. The simplest type of analog signal is a voltage level with a direct (though not necessarily linear) correlation to the input condition.

A second typeis a pulse width modulated (PWM) signal, which will be explained further in a later section of this chapter when discussing microcontroller outputs.

A third typeis a waveform. This type of signal is modulated either in its amplitude or its frequency or, in some cases, both. These changes reflect the changes in the condition being monitored.

There are sensors that do not produce an analog signal. Some of these sensors produce a square wave that is input to the microcontroller using the EIA 232 communications standard.

The square wave represents the binary values of 0 and 1.

In this case the ADC is probably on-board the sensor itself, adding to the cost of the sensor. Some sensors/recorders can even create mail or TCP/IP packets as output. An example of this type of unit is the MV100 Mobile order from Yokogawa Corporation of America. 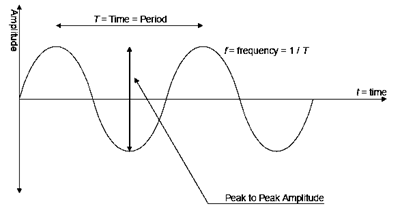