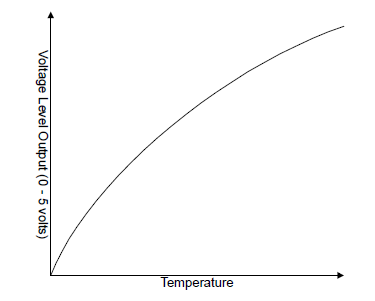 Data along with a 24-hour clock and the user requested temperatures to produce a digital control signal. This signal directs the actuator, usually a simple electrical switch in this example.

The switch, in turn, controls a motor to turn the heating or cooling unit on or off. New measurements are then taken and the cycle is repeated. While not a mechatronic product on the order of a camcorder, it is a mechatronic system because of its combination of mechanical, electrical, and computer components.

This system may also incorporate some additional features. If the temperature being sensed is quite high, say 80°C, it is possible that a fire exists. It is then not a good idea to turn on the blower fan and feed the fire more oxygen. Instead the system should set off an alarm or use a data communication device to alert the fire department. Because of this type of computer control, the system is “smart,” at least relative to the older mercury-switch controlled systems.

A second example is the Antilock Braking System (ABS) found in many vehicles. The entire purpose of this type of system is to prevent a wheel from locking up and thus having the driver loose directional control of the vehicle due to skidding. In this case, sensors attached to each wheel determine the rotational speed of the wheels.

These data, probably in a waveform or time-varied electrical voltage, is sent to the microcontroller along with the data from sensors reporting inputs such as brake pedal position, vehicle speed, and yaw. After conversion by the ADC or input capture routine into a digital value, the program in the microprocessor then determines the necessary action.

This is where the aspect of human computer interface (HCI) or human machine interface (HMI) comes into play by taking account of the “feel” of the system to the user.

System calibration can adjust the response to the driver while, of course, stopping the vehicle by controlling the brakes with the actuators. There are two important things to note in this example.

The first is that, in the end, the vehicle is being stopped because of hydraulic forces pressing the brake pad against a drum or rotor—a purely mechanical function.

The other is that the ABS, while an “intelligent product,” is not a stand-alone device. It is part of a larger system, the vehicle, with multiple microcontrollers working together through the data network of the vehicle.