To mathematically explain the modulation theorem, we use the definition of the Fourier integral transform to get 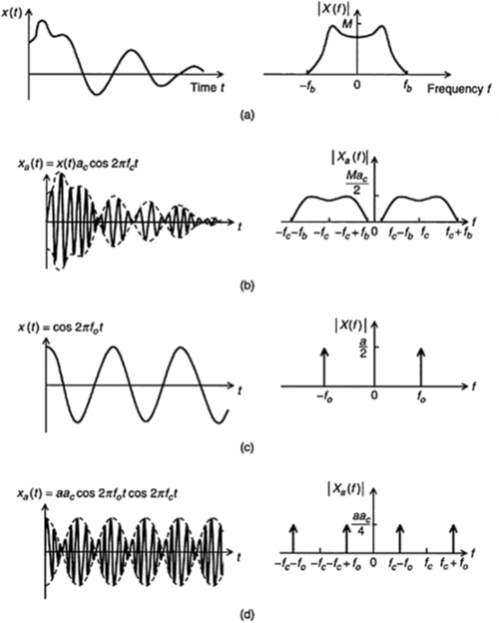 to amplitude modulate a high-frequency sinusoidal signal, the resulting modulated signal xa(t) and the magnitude of its Fourier spectrum .

It should be kept in mind that the magnitude has been multiplied by ac/2. Furthermore, the data signal is assumed to be band limited, with bandwidth fb.

Of course, the theorem is not limited to band-limited signals, but for practical reasons, we need to have some upper limit on the useful frequency of the data signal.