More than one variable might be needed to represent the response of a dynamic system. There also could be more than one input variable in a system.

Then we have a multi-variable system. A time-domain analytical model is a set of differential equations relating the response variables to the input variables.

This set of system equations generally is coupled, so that more than one response variable appears in each differential equation.

An entire set of state equations is reduced to one vector-matrix State Equation.

The word “state” refers to the dynamic status or condition of a system.

A complete description of the state will require all the variables that are associated with the time evolution of the system response (both “magnitude” and “direction” of the response trajectory with respect to time).

The state is a vector, which traces out a trajectory in the state space. The analytical development requires a definition of the “state space.”

A common form of state equations for an nth-order linear, unforced (free, no input) system is 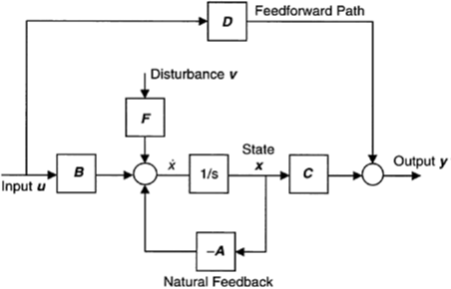