This has two ports, A and B. Here again, suppose that ƒA is an actuating (input) force that can be generated according to a given specification (a “known” input).

But suppose that ƒB is an unknown input force.

It could be a disturbance force, such as that resulting from a collision, or a useful force, such as a gripping force whose value is not known. Since ƒB is unknown, it might not be possible to accurately control the system force sensor, and feed it forward into the controller.

The controllers can response (uA and uB). One solution is to measure the unknown force ƒB, using a suitable use this additional information to compensate for the influence of ƒB on the system and produce the desired response.

This is an example of feedforward control. Sometimes, if an input force to a system (e.g., a joint force or torque of a robotic manipulator) is computed using an analytical model and is supplied to the actuator, the associated control is inappropriately termed feedforward control. It should be termed computed force/torque control or computed input control, to be exact. 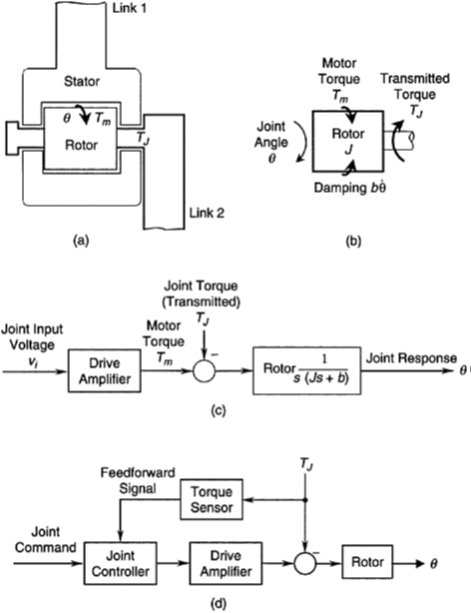