Experimental verification:Compton Effect:  Consider the experimental set up shown in the following figure. The monochromatic X-rays from a molybdenum target of an X-rays tube are made to fall on a carbon scatterer (graphite) and the corresponding λ values are calculated using
Bragg’s law. The scattered X-ray is observed at the ionization chamber or X-ray detector to to measure its intensity. Compton found that the spectrum recorded after scattering had Ka λ’ line (corresponding toλ’) which is on the longer wavelength side of primary Ka line
(corresponding to λ) as shown in figure. 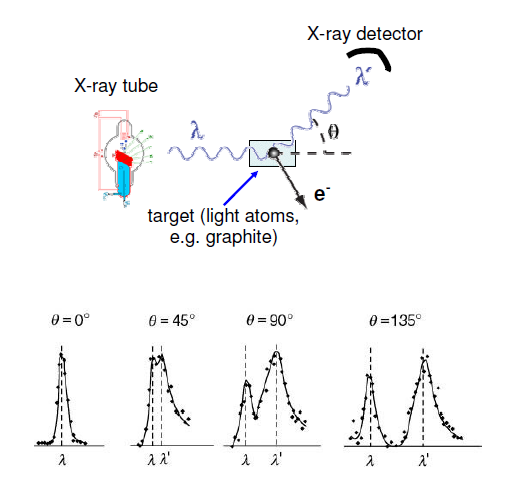